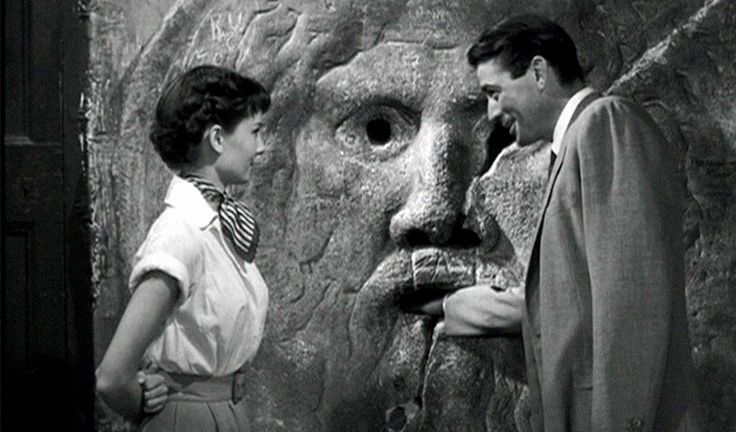 Rome is known as the eternal city, and with due cause. It is home to the Roman culture and the many ruins, artifacts, and pieces of art left behind. Considering the sheer amount of time that these many objects have endured, it is not surprising that most of them have undergone some sort of conservation or restoration during their lifespan. Among these items is the famed Bocca Della Verita found within the portico of the church of Santa Maria in Cosmedin, west of the Roman Forum and Circo Massimo. While its restoration history is largely unrecorded, it is evident that it has undergone several stages of conservation, and due to the considerable efforts to maintain it, it has become a place of modern pilgrimage for the average visitor to Rome.

There are many theories of the original context and meaning of the Bocca Della Verita as explored by Rita Benini and Massimo Portolani on their website and book about the famed mouth.[1] General consensus places La Bocca Della Verita in either the Forum Boarium or on the Tiber Island within a temple complex and dates it to the 1st century BC. La Bocca della Verita was made in Rome where one theory says it was fountain or drain cover. However, Benini and Portolani state that this was widely disbelieved and refuted by scholars up until the 8th century AD, who pointed out the lack of wear around the holes that would have occurred had water flowed through them continuously.[2] As such, others claim that it sat within the Forum Boarium near the Fonte Capena, which was sacred to the God Mercurius, a location where according to the Roman poet Ovid, the water supposedly provided forgiveness for lies previously told. Considering the legend known today, that the Mouth detects lies, originated during the medieval period, this seems unlikely as well, but still plausible.  One additional theory identifies the piece as a depiction of either Oceanus or the River Tiber personified, due to the location of the Forum Boarium along the Tiber and the proximity of the Temple Portunus.[3] The most plausible theory then, is that the Mouth of Truth is a representation of Oceanus, a Greek god, later Roman, who is the father of all rivers. The imagery of the piece itself lends credibility to this. On the face, there are two horn like protrusions, both thought to be crab claws, which are associated with the God Oceanus. Additionally, there is a fish on the left side of his face, and two rounded protrusions in the beard, that some have claimed to be testicles, while others say they are the heads of dolphins. If the latter, that would solidify the claim that the piece is actually a representation of Oceanus. As such, La Bocca della Verita most likely originated as a sacred pagan piece within a temple context. This being so, the original context and meaning of the piece is hugely different from the current interpretation, which originated during the medieval period of its existence.

During the Byzantine Papacy, the Forum Boarium underwent a huge change when the church of Santia Maria in Cosmedin was built in the 8th century AD.[4] The building was of the same general form of other Byzantine churches, with two aisles, a nave, and a portico. It was on this church where the Bocca della Verita was leaned against during the medieval ages and stayed until 1632.[5] The church has undergone several changes, such as the addition of a sacristy in the 9th century, and a refurbishing in 1718 into the Baroque style and again in 1894, with the removal of said style.[6] With all the changes, La Bocca della Verita has remained present, however, it did move from the outside of the church, to a more permanent location within the portico of the church. Here, two inscriptions were put up, one explaining the role of the pagan artwork as a symbol of the Christian triumph over paganism.[7] It was at this stage in its life that the piece first started being used as a sort of lie detector, or rather, a cult object. Worshipers of the church would often visit the mouth and place their hand inside in order to prove their dedication and faith. In addition to this, a legend emerged that explained how an empress had used the mouth of truth as a lie detector to be proven innocent in a case of adultery.[8] As time passed, the mouth changed from a place to prove faith to a pilgrimage spot for modern visitors to prove their truthfulness. Movies such as Roman Holiday, Only You, and Nightwings, all use the Mouth of Truth in a symbolic way to parallel the truthfulness, or more often, deceitfulness of the characters. Now standing in its modern contexts derived from its medieval interpretation, La Bocca della Verita, has transformed dramatically since its creation over 2000 years ago.